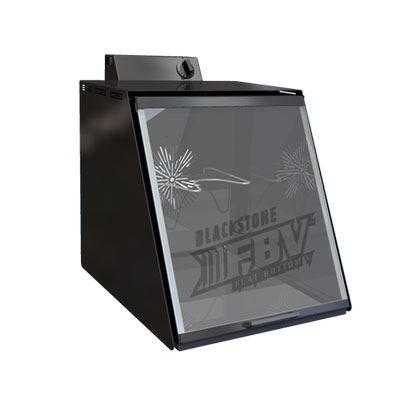 ​It is that time of year again when players will be purchasing skates for the upcoming season. With new skates comes the agony of breaking them in.  In the past, players would try different methods for breaking skates in.  Some of the methods used were sleeping with them on, wearing them around the house, or putting wet socks on and wearing the skates.  Today, most players heat mold skates but actually are unsure how to bake hockey skates.  Just remember heat molding skates will not break them fully in.  The player will have to skate between fifteen and twenty hours preferably at practice not an open skate session.


Where do you bake hockey skates?

When you heat mold skates it should not be done at home in your kitchen oven.  If you would like to know how to bake hockey skates it should be done at a hockey shop under the guidance of a professional. Most hockey pro shops have a skate oven that is used to heat mold the skates.  Most hockey shops go through the process of how to bake hockey skates about a hundred to two hundred times a year.

​
What skates are heat moldable?

Let’s start off by stating that not every skate should be heat molded. The proper way on how to bake hockey skates should be known by the shop professional.  As a customer you should also be aware prior to going in. The starting price point to bake a hockey skate is $20.00 price and up.  At this price point the manufacturers introduce a type of composite boot or add a thermo-formable foam that responds to heat.  The skate then becomes soft enough for the best possible fit.  It is recommended any skate under the $400 price point should not be included in the how to bake hockey skate process.


How to bake hockey skates?

There are five steps to follow on how to bake hockey skates.  The skates are put in a specialized oven made for baking skates.  The temperature is usually set between one hundred seventy and one hundred eighty degrees fahrenheit.  The skates are usually in the oven for three to five minutes depending on the brand and model of the skate.  Make sure the laces are somewhat loose so the foot can slip right in when they come out of the oven.  After they come out of the oven the player puts the skate on, gives their heels a couple of taps to make sure it is resting as far back in the heel cup as possible and ties it like they would normally do for a practice or game.  The player will sit on a bench or in a chair with their feet flat on the floor for about ten to fifteen minutes while they cool down.  Do not walk around or flex the skate while it is on your foot.  After the ten to fifteen minutes the skate is taken off and some recommend lacing it back up and standing upright for twenty-four hours to keep the mold of your foot.  It is recommended that the skate not be used because the materials need time to cool down from the extreme heat.  And that is the process step by step on how to bake hockey skates.

We Would Love to Have You Visit Soon!